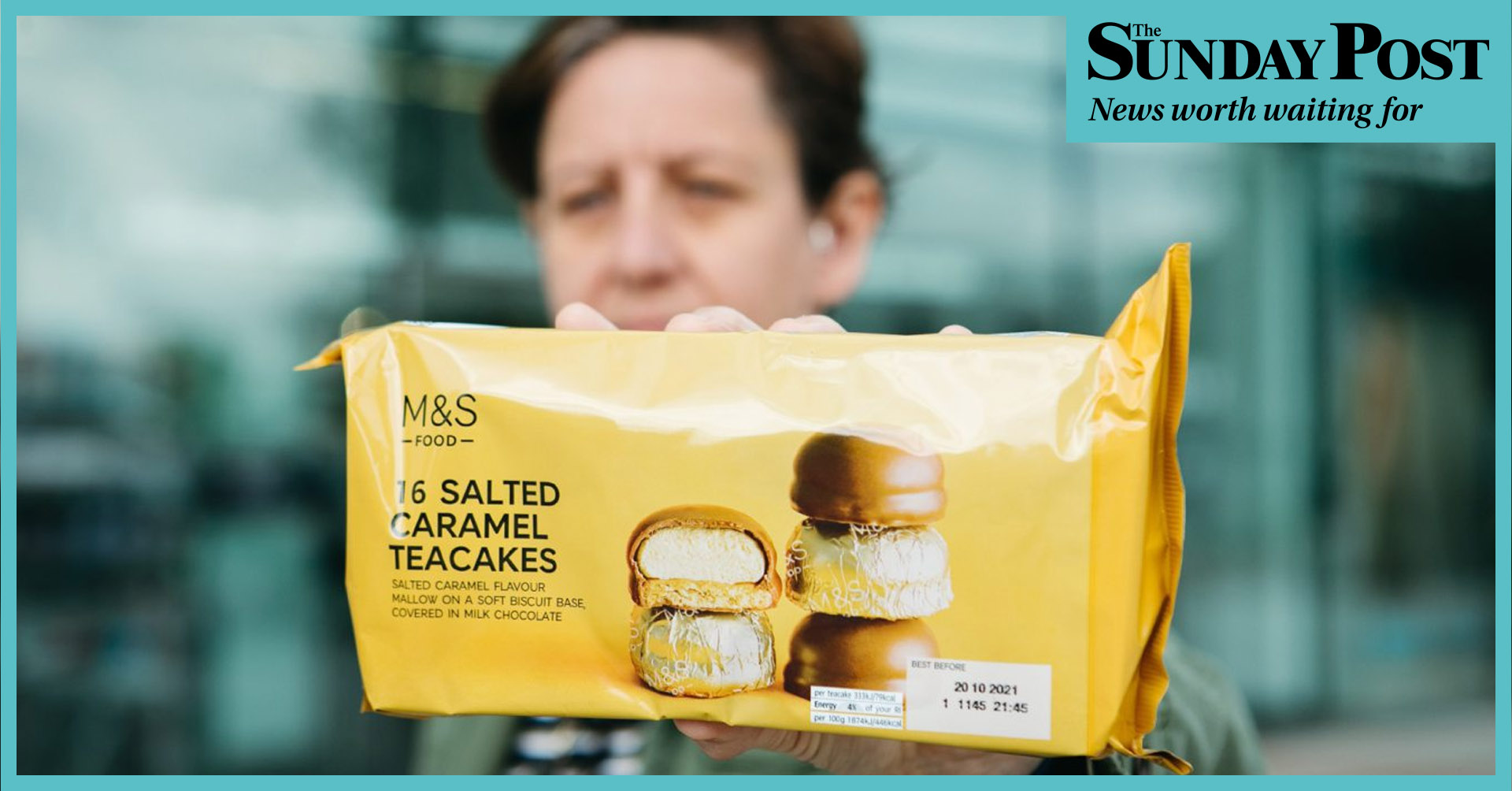 900 jobs and £ 50million a year: McVitie’s real toll of closure revealed as owners accused of treason

The planned closure of a historic cookie factory could cost double the number of jobs originally planned and cost the Scottish economy £ 50million a year, analysis shows.

Detailed research suggests that another 400 jobs at companies supported by the factory are at risk, in addition to the 470 workers directly at risk at McVitie’s factory in Tollcross, Glasgow.

The total financial impact of the closure has also been estimated at £ 49million per year. The figure consists of £ 26.8million that the plant contributes directly to the economy each year, plus £ 6.2million generated in supply chain work such as manufacturing contracts to ‘packaging. An additional £ 16million could be lost in cash linked to expenses of people directly and indirectly employed by the site.

Experts said the ripple effects of the shutdown would be felt locally and nationally, while unions described the planned shutdown as “an economic time bomb.”

They are working with an action group led by the Scottish Government and Glasgow City Council, which has been set up to encourage owners of McVitie, the Turkish conglomerate Pladis, to rethink their plans.

Business experts have also been recruited to help with a counter-proposal which will hopefully see either an investment in the existing Tollcross site in Glasgow’s East End or a move to an entirely new site nearby. .

It is hoped that a fully costed counter-proposal for closure can be submitted next month. Meanwhile, staff yesterday held a demonstration outside Marks & Spencers on Argyle Street in Glasgow to highlight the retail giant’s status as a major McVitie customer. The unions have written to M&S, which makes products such as contract-made cookies and tea cakes at the Tollcross factory, asking for support to keep work in Glasgow.

David Hume, Scottish organizer of the GMB union, which represents several hundred McVitie employees, said: “Pladis’ plan to shut down this factory would not only be disastrous for the people who work there, who have worked hard throughout. pandemic, and the immediate region, but would also affect contractors and suppliers, such as people who provide cardboard, pallets, etc. Analysis shows that this factory brings in £ 50million a year to the economy. The shutdown would be an economic time bomb in a particularly fragile area and at a time when we are trying to recover from the pandemic.

“We welcome the fact that we have the full support and commitment of the Scottish Government and Local Council to save these jobs. We also ask M&S to use its influence as a client of Pladis to try to avoid this closure. We also need the community on board and we will continue the fight over the next few weeks. “

Paul Sweeney MSP, Scottish Shadow Labor Minister for Employment, said: ‘The closure would have a serious effect across the community and far beyond and we must do all we can to keep these jobs.

“We need Pladis to fully engage with the action group and I think the situation should be reported to the Prime Minister so that he takes the club and intervenes directly with Pladis. It may well be that a new plant is the best option. I am sure there is a deal to be made here to save these jobs.

Economic data on the effects of the closure was compiled by Glasgow City Council, whose chairwoman, Councilor Susan Aitken is also co-leader, along with Finance Secretary Kate Forbes, of the Pladis Action Group.

The board’s detailed analysis reveals that in addition to the 472 jobs at the plant, 110 jobs currently involved in supply chain work would also likely be affected. It is expected that the closure would also cost another 283 “induced job losses”, due to the loss of expenses caused by the closure. This would bring the total number of jobs lost, locally and nationally, to 864 due to the plant shutdown.

Aitken said it would be devastating for the city: “The potential closure of the McVitie plant would not only be a blow to workers and their families, but also to all businesses and workers associated with the plant.

“This is why we are working alongside the Scottish Government, Scottish Enterprise and the unions to explore different options with Pladis that could protect the workforce and the site there.”

Similar research by the Fraser of Allander Institute, Scotland’s leading economic think tank, has estimated that around 700 jobs are at risk.

A source familiar with the negotiations to save the plant added: “A commercial expert has been recruited to provide analysis and help draft a counter-proposal. It is hoped that the person brought in will add to the counterproposal and give them a greater chance of success.

It is estimated that a fully costed submission on the counter-proposal will be submitted next month.

Pladis announced in May its intention to close the plant “subject to consultation”. The unions accused the company, which last year said profits reached £ 186million, of stabbing workers in the back after staff worked to increase production during the pandemic, for being told they lost their jobs when it ended.

The unions have also accused Pladis of fabricating the deal to shut Tollcross down by focusing only on indicators where the plant is doing worse compared to sites in England to which Pladis wants to shift production.

Biscuits have been produced at the Tollcross site for almost a century, when it opened as a factory for predecessor company McFarlane Lang in 1925.

The world famous cookie brand McVitie’s has its origins in a single store opened by Robert McVitie, supported by his father William, on Rose Street in Edinburgh in 1839. Business has exploded and the secret recipe for the digestive cookie, which remains to this day, was designed by worker Alexander Grant in 1892.

McVitie’s, then part of United Biscuits, was acquired by Turkish company Yildiz in 2014, which consolidated its biscuit and confectionery businesses under the name Pladis two years later.

The Council’s analysis suggests that another 400 jobs depending on the McVitie plant will be lost if the plant closes, in addition to the 472 layoffs.

The Fraser of Allander Institute, a leading economic think tank, suggests the total job losses will be less than 700, but Mairi Spowage, acting director, believes the impact cannot be underestimated.

She said: “Data on the knock-on effect of job losses can be calculated using input-output tables, which show how industries relate to other industries. It allows us to look at supply chains and look at the kinds of things that industries tend to buy in order to be able to produce their goods and services.

Spowage said the Institute, which is part of the University of Strathclyde, estimates that the loss of 470 jobs at the McVitie factory could lead to at least 200 more workers facing the ax. She said 120 positions would be at risk due to anticipated losses by companies in the Tollcross mill’s supply chain.

“We can evaluate what are called multipliers,” Spowage said. “This shows that for every job lost directly, it can lead to further job losses in the supply chain in this sector.

“Local businesses are likely to be the most affected, but supply chains can extend across the country.

“An operation like McVitie’s will have suppliers and buy, for example, raw materials. If we lose a factory like this, it is terrible for those who might lose their jobs there, but it is also a question of suppliers. Then you have those who supply the suppliers, and so the ripple effect continues. It’s like the reverse of generating positive economic multipliers.

“Instead, you are creating a negative ripple effect throughout the economy.”

The Institute estimates that another 90 jobs could be lost due to reduced spending due to unemployment.

“The wages of factory workers and the wages of employees working in the supply chain are spent in stores, or going out, etc., and this also disappears in what is called the induced effect within economy. It’s especially tragic when it affects a long-standing company like McVitie’s. Communities can be built around such employers and therefore closure has a social and economic effect. “

Spowage said the number of job losses could increase after part-time work is factored in, as the estimates were based on full-time equivalent employment.

The snub: owners accused of fictitious consultation while avoiding the task force

McVitie owners Pladis have refused to attend meetings of the action group set up to try to avoid the closure of their Glasgow factory and save 470 jobs.

Sources confirmed to the Sunday Post that Pladis was invited by Forbes to attend meetings but declined. The finance secretary directly called on Pladis to engage with the group, which is working on a counter-proposal for closure that could see either an investment in the Tollcross site or a move to a new plant nearby.

Forbes said, “The Action Group reaffirmed our shared desire to work together to ensure the best possible future for the site and its workforce. We are carefully considering the next steps and what more we can do to support the affected staff and secure these jobs.

“The Scottish Government, the unions and our company agencies remain committed to working with the company during the consultation period and are preparing alternative options for Pladis to consider. I would again ask Pladis to engage directly with the action group to explore opportunities to secure a future for the site.

While snubbing the action group, representatives of Turkish-owned Pladis had phone calls with the finance secretary and head of city council on May 24 and June 7 and were also in contact with Scottish Enterprise.

Pladis said, “We continue to engage with our employees and their representatives on a weekly basis and remain engaged in meaningful consultation with them. We also engaged directly with the Action Group Co-Chairs, Cabinet Secretary Kate Forbes and Councilor Susan Aitken, on a regular basis. “

Why this 3D printing stock fell 11% in June

Truck drivers and factory workers are exempt from the Test and Trace application:…

Inside the smart factory revolution