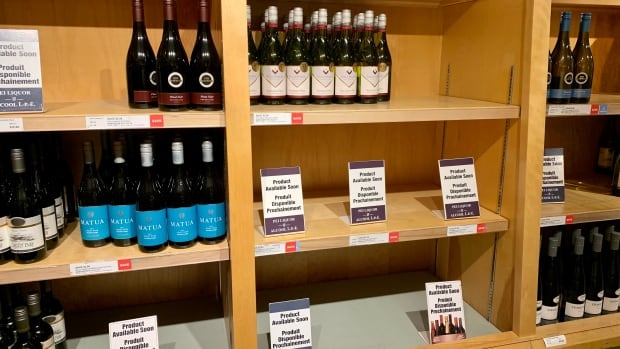 Liquor stores have been stuck with limited stock since the Saskatchewan Christmas cyberattack. liquor board

The Saskatchewan Liquor and Gaming Authority’s online services and supply chain are still suffering from a cyberattack on Christmas Day.

Almost three weeks after the attack, the SLGA website was down on Friday and the authority was unable to comment. A government spokesperson said in an email that more details would be released on Monday.

The attack was first announced in a Press release on December 28, who said the incident was under investigation and did not specify the extent of the damage.

The statement said the organization would bring systems back online once the incident is resolved, but after several weeks liquor stores are still operating with limited inventory because they cannot place proper orders.

Willow Park Wines & Spirits is one of many liquor stores that have faced limited stock for several weeks since the liquor board hack.

“We just couldn’t get any product in and customers are obviously not happy with it,” said Derek Brack, manager of Willow Park.

Willow Park, along with other retailers, had orders limited to SLGA’s 50 most popular products – such as Crown Royal, Wiser’s and Apothic Red.

Brack said its sales were down from December, but that’s not uncommon for January and February.

“I don’t think it hits us as hard as other places suggest, but it definitely hurts,” Brack said. “I have people coming in, they’re looking for something and obviously we don’t have it because we can’t get it in, so they leave with nothing.”

He said Willow Park employees receive training on alcohol and try to find substitutes if they are out of stock.

Brack thinks the SLGA should be back in business next week, which will bring more booze to the store. He said he did not blame the SLGA.

“It’s nobody’s fault except the person who hacked the system. It’s unfortunate, but these things happen,” he said.

Local producers are not significantly affected by SLGA’s online hiatus, according to Mark Heise, manager of Rebellion Brewing Company in Regina. They are still able to send their stock to distributors, including SLGA stores, although it has become more difficult to fulfill orders.

“Most of us sell products directly to retailers ourselves, so we don’t necessarily have to go through SLGA for much of that,” Heise said. “We had to dig up the phone book and call the numbers directly and figure out how to send them bills and get the beer delivered and all that.”

Although communication has been difficult – he said communicating with the SLGA was more difficult as they cannot communicate via email – he is mainly playing a waiting game to see if any information about Rebellion has been taken.

“Obviously we have concerns as a vendor and licensee if any of our data has been stolen,” he said.

Heise said he met with the SLGA last week, but did not rush them for details on the hack, preferring to let “IT people do their thing and when it’s fixed, it’s fixed”.