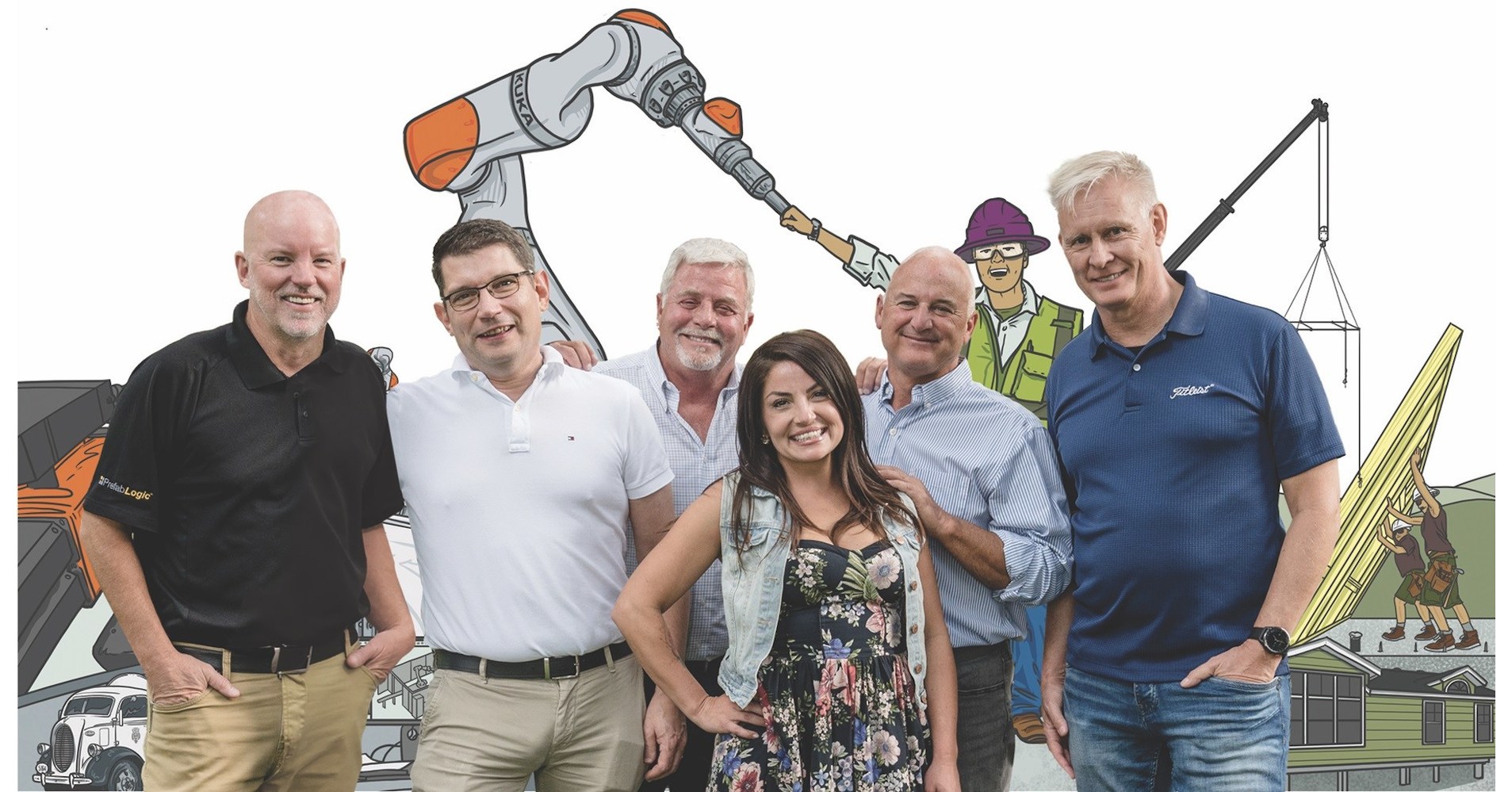 System P4 was born from a collaboration between Rick MurdockCEO and Founder of Waypaver, and Timo Heil, one of the CEOs of KUKA System Group. Murdock and his business partner Curtis Flecher pioneered the use of automation in construction in what is now the highest volume automated modular plant in the Western United States. Following this success, Murdock and Fletcher were sought after by developers, factory owners and municipalities looking for new solutions to the global housing crisis.

“Developing the world’s first automated factory of its kind required us to make great strides in construction engineering and manufacturing,” Murdock said. “The goal has always been to learn and share better ways to build, to advance modular construction and to make housing more accessible around the world. The collaboration with KUKA on the P4 system is a major next step because it offers future factory owners a turnkey solution based on global lessons learned from construction and automation pioneers.”

Heil, who has extensive experience in the design, planning and implementation of complex systems, adds: “KUKA has played a decisive and global role in shaping the automation of the automotive industry during its most 100 years of history. around the P4 system, we will put all our know-how into a paradigm shift in the way we build houses. Because nothing less is needed to meet the global housing shortage challenge. Automation bridges the gap between building capacity and demand, while making construction more efficient, both in terms of cost and sustainability. »

KUKA, a leader in automation for automotive manufacturing, had a vision of how its technology and expertise in automation could be used to build homes. Murdock, Heil and Fletcher teamed up to dream up a factory design that could combine KUKA technology and innovation with the proven best practices of automated modular construction to give modular factory startups a pre-engineered solution. The result, System P4, is a complete solution comprising Waypaver factory layout and logistics combined with KUKA automation, hardware and robotics integration services.

The P4 system is a response to the global housing crisis due in part to labor shortages and construction inefficiencies. According to McKinsey & Co, construction is the largest industry in the world, but it has been one of the last and slowest to advance technologically. Between 1900 and today, automobile construction has made dazzling progress. In the 1920s, it took Ford 12 hours to produce a car; today a car is produced in less than a minute. With the P4 system, Murdock, Heil and Fletcher see similar opportunities to reduce the time it takes to build housing, while relieving construction trades workers of physical stress.

“Our constant goal is to make homes accessible and to make building more precise, more productive and easier,” Fletcher said. “The P4 Housing Collective is a team of separate companies united around this common passion. We have made huge strides with data-driven methods for smarter construction and standard products as well as automation to ease the backbreaking work of people. The P4 system is powered by KUKA and supported by data-driven pre-construction, off-the-shelf product and people development programs, all designed to work with the P4 system. It is a great news for developers, municipalities and modular builders looking to establish their own steady stream of quality housing.”

KUKKAKUKA is a global automation company with sales of approximately 3.3 billion euros and approximately 14,000 employees. The company is headquartered in Augsburg, Germany. As one of the world’s leading providers of intelligent automation solutions, KUKA offers its customers everything they need from a single source: from robots and cells to fully automated systems and their networking. in markets such as automotive, electronics, metal and plastics, consumer goods, electronics-trade/retail and healthcare.

P4 systemThe P4 system is the first pre-engineered automation system as a turnkey automation solution for offsite construction. The P4 system is designed to set much higher benchmarks for square feet of housing produced per person as well as the number of housing modules completed per 40 hour work week. The system takes proven approaches to construction automation to new levels: reducing steps, placing materials at the point of use, advancing prefabrication, prioritizing machine functions for safety, reducing physical stress and digitalization of shop drawings and office communications. The P4 system is supported by the P4 Housing Collective and powered by KUKA.

International WaypaversWaypaver International is a small and powerful team of modular manufacturing experts with proven expertise helping to design many modular factories. The team members each average over 30 years of experience in modular construction. The Waypaver founder led the development of the first-of-its-kind automated modular factory and served as the most senior manager of the factory, which became the highest-volume modular factory in the western states. States in less than three years. Collectively, the team led the design of more than a dozen modular factories. Waypaver is committed to helping potential plant owners and operators understand the risks, avoid costly mistakes, and enjoy the adventure to pave the way for a smarter, faster, and more efficient construction industry in the whole world. https://www.waypaverintl.com

The P4 Housing CollectiveP4 Housing Collective is a team of independent companies working to power the construction process through an ecosystem of standard products and services designed together to work together. P4 is an abbreviation of the four elements, including: