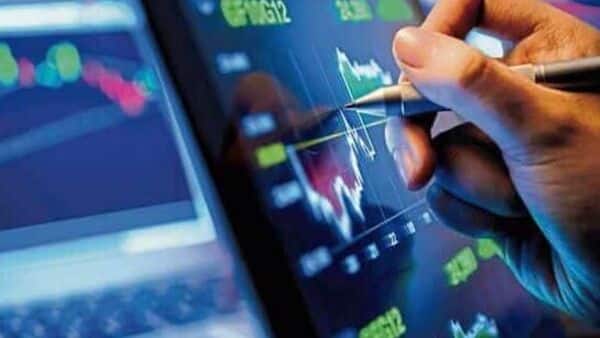 HDFC Bank: Private sector lender HDFC Bank said on Thursday it had mobilized ₹3,000 crore bonds to fund the company’s growth. The bank issued and allocated bonds to investors in a private placement on Thursday, HDFC Bank said in a regulatory filing. These unsecured, subordinated, fully paid-up, non-convertible, Basel III-compliant perpetual debt would carry a coupon rate of 7.84%, he added.

InterGlobe Aviation: IndiGo Airlines co-promoter Rakesh Gangwal and his wife sold a 2.74% stake in parent company InterGlobe Aviation on Thursday for ₹2,005 crores through open market transactions. Gangwal had resigned from the company’s board in February 2022, saying he would gradually reduce his equity stake over the next five years. Gangwal and Rahul Bhatia co-founded low-cost carrier IndiGo Airlines.

NTPC: NTPC has reached an agreement with the armed forces to supply renewable energy, according to reports. This is the first agreement reached by the Indian Armed Forces to procure electricity from renewable energy sources, the report adds.

Tata Power: Tata Power Renewable Energy Limited, a branch of Tata Power, announced on Thursday that it will set up a 100 MW solar power plant for Viraj Profile in Maharashtra. Viraj Profile Private Limited (VPPL) is a stainless steel manufacturer that owns and operates a factory located at Tarapur in Nandgaon. In a statement, Tata Power Renewable Energy Limited (TPREL) said: “It has worked with VPL to set up a 100 MW captive solar power plant. The plant is expected to generate about 200 MU of energy and offset about 170.43 million kg of CO2 per year. .

Coal India: Coal India advised investors on Thursday that raising coal prices remains difficult in the current environment where the economy is struggling with high inflation. The miner was looking to raise prices to mitigate high input costs due to, among other things, high diesel and explosives prices. Coal India has not raised its prices for the past four years.

power of trust: The Reliance Power (RPower) Board of Directors has approved a proposal to increase ₹933 crore through the issuance of equity shares to VFSI Holdings. The Board of Directors at its meeting on September 8, 2022 approved the proposal to issue up to 60 crore shares and/or warrants convertible into shares, to VFSI Holdings Pte Limited, an overseas investor (Investor), at an issue price of ₹15.55 per share and/or warrant, totaling ₹933 crores, according to a BSE filing.

KRBL: The government on Thursday imposed a 20% export duty on non-Basmati rice, except parboiled rice, to boost domestic supply amid declining paddy acreage over the past of Kharif’s current season. According to a notification from the Revenue Authority, an export duty of 20% was imposed on ‘husked rice (paddy or raw)’ and ‘husked rice (brown)’. KRBL is a rice processing and exporting company and the largest rice miller in the world.

PNC Infratech: PNC Infratech signs an agreement for a Hybrid Annuity Model (HAM) project worth ₹1,458 cr with the National Highways Authority of India (#NHAI), according to reports. When declaring the fixed date, the project must be built within 24 months and operated for 15 years after construction.