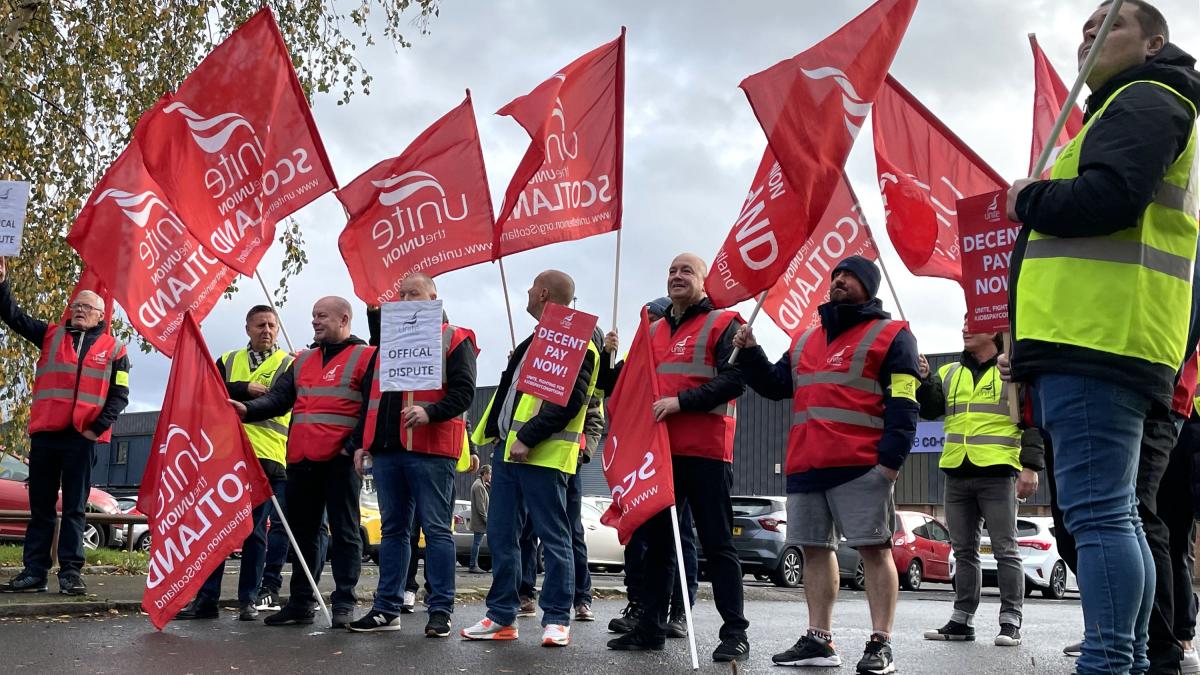 Workers at the Co-op’s only UK coffin factory have entered their second week on strike.

The Bogmoor Place facility in Glasgow saw around 50 staff walk out after Unite members previously voted to strike in August.

The workers rejected an offer from the company, which they described as a pay cut in real terms due to high inflation rates.

The second week of the strike began on Monday and will continue until Monday November 21.

The ongoing strike, which could continue through the Christmas and New Year period if no agreement is reached, could disrupt the supply of coffins.

Unite regional manager Willie Thomson said: ‘Our members remain resolute and determined as they embark on a second week of strike action in a bid to secure a fair pay deal at a time of the greatest cost crisis life for decades.

“Without planned discussions with the employer, this dispute will continue to risk a significant disruption in the supply of caskets at a time when seasonal death rates are highest.

“Unite expected more from an organization that carries the Co-op brand. A brand whose values ​​are linked to mutual aid, democracy and fairness. They should re-examine these principles and ask themselves if they are still valid because my members think they are not.

“It’s time for Co-op Funeralcare to step up and make a wage offer that doesn’t let its workers, our members, potentially access food banks.

Co-op Funeralcare said in a statement: “Our colleagues at our coffin factory in Glasgow are a hugely valued part of our co-op and we have had an ongoing dialogue with Unite as we strive to reach a reasonable wage agreement.

“We remain open to discussions to try to reach an agreement and have informed Unite.

“Despite the difficult business environment, we have offered all our colleagues in the coffin factory a fair salary increase. We believe that the combined base salary and production bonus for roles within the Casket Factory remains very competitive.

“We are able to maintain a large supply of caskets. As well as our own factory, we work closely with a range of third-party coffin suppliers and can therefore offer full assurance that the strike has no impact on our ability to support bereaved families.

Credit card balances, burden, delinquencies and collections in the third quarter: consumers are still in good shape with their cards