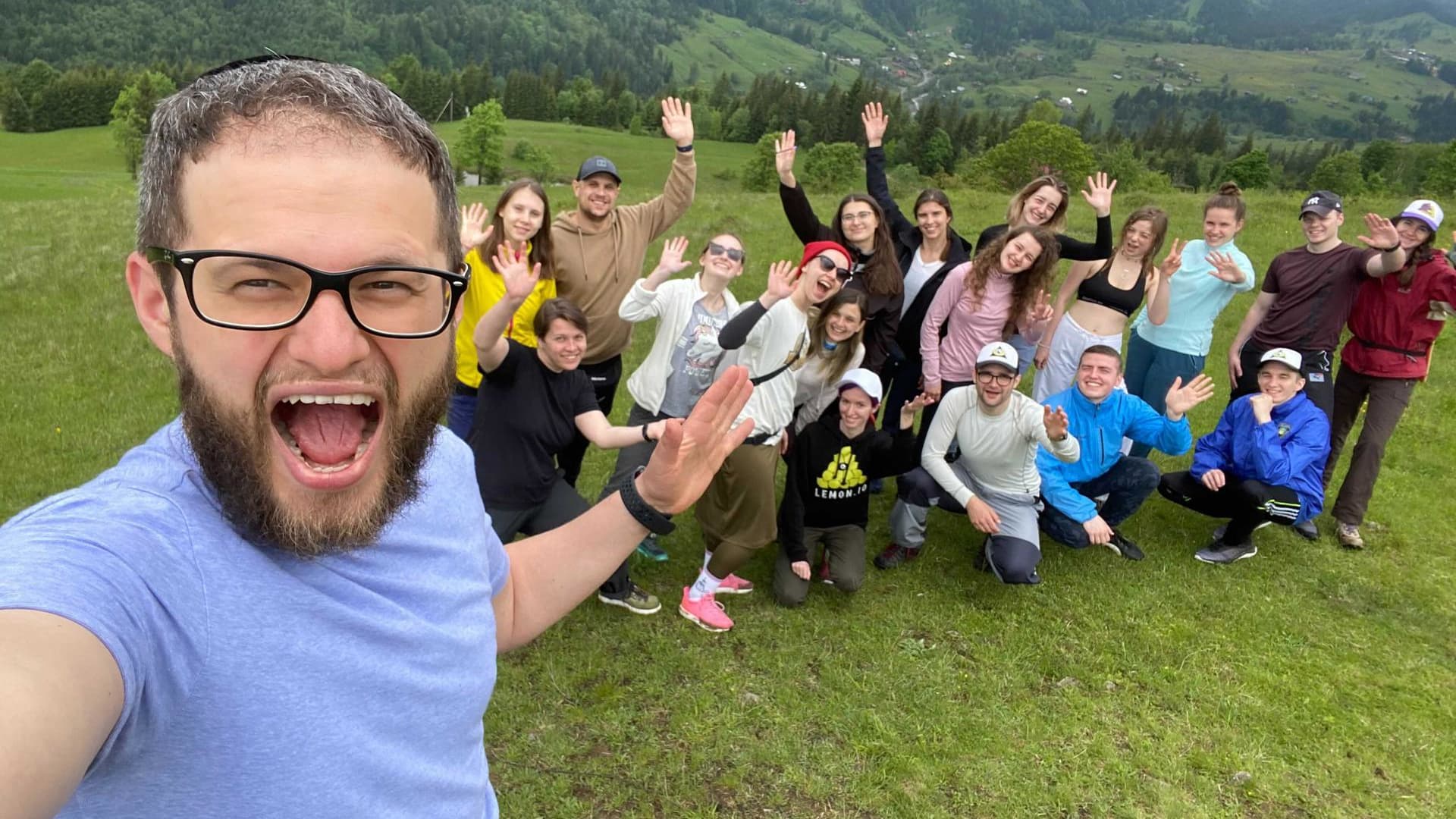 Like all CEOs, Aleksandr Volodarsky bears heavy responsibility for the success or failure of his company.

But the 36-year-old has to make tough decisions that most CEOs don’t have to – he’s running a start-up in war-torn Ukraine.

“The biggest problem is not having staff on site. One of the [employees] who fights on the front line is our marketing director,” said the founder of Lemon.ioan independent online marketplace for software developers.

The decisions I’m making right now aren’t the decisions to be made [the situation] better. It’s just… to suck less.

When Russia invaded Ukraine in February, Volodarsky told his 60 employees that their jobs would be kept and they would continue to receive salaries, even if they were drafted or voluntarily fighting.

“A lot of people got lost and lost their jobs…it helped a lot because if you have to go through that experience and also worry about your income, it’s like a double anxiety,” Volodarsky said.

“If you’ve lost your job, it’s a lot harder to get through that.”

What lessons has this CEO learned from running a start-up during wartime? CNBC Make It finds out.

As the war drags on, Volodarsky now faces uncertainties for the future.

He added: “I want to take this job [chief marketing officer] but it actually sucks at work…it’s not efficient, it’s not good for the business in the long run. But we need someone to do the job.”

That’s not the only dilemma for which he has “no right answers.” For example, should he hire men now, since there could be a “full mobilization” at any time?

On the one hand, excluding someone is just an ugly thing to do. But on the other hand, I have 60 people I’m responsible for…

“On the one hand, excluding someone is just an ugly thing to do. But on the other hand, I have 60 people that I am responsible for, and if I do something that can harm the company and their future income, I can’t do that,” Volodarsky said.

He added that he is still “debating” about the right thing to do, but one thing is certain: he wants to keep his promise to all his staff.

“The decisions I’m making right now aren’t the decisions to be made [the situation] better. It’s just… to suck less.”

Volodarsky also decided to pay his employees in advance – and in cash.

“Closer to the war, people got more nervous and we said, let’s try to make plans so people feel confident,” he said.

“We decided to give people two months salary in advance so that they have money. No matter what, people always need money… the banking system can break down , whatever happens.”

It is true that the Ukrainian central bank suspended electronic cash transfers the same day Russia invaded the country.

As the invasion progressed, ATMs across the country began to run out of cash, and some people stood in line for hours to deal with a Limit of $33 per transaction.

“It’s been tough. The last five months have been a little chaotic…but people are convinced that if we work, they have [a sense of] Security.”

the Russian invasion of Ukraine sent 3 million people to flee their homes and in neighboring countries in less than three weeks. Because of this, many people couldn’t work, Volodarsky said.

“They had to move, make their own plans and help their families. At first we were like, ‘Aim for all the goals [for the company]we just want to make sure people can settle in. “”

But Volodarsky realized that this did not help his employee’s morale.

“When everything is messy and uncertain…having a sense of accomplishment actually helps [them] to live a normal life. At least you can see that there is progress in what you are doing, instead of sitting around and waiting for the war to be over.”

He added that he started leading his team to achieve the pre-war goal of the platform being “the main source of income” for software engineers.

“We also have smaller goals to improve the platform and the user experience…People [in the company] are excited because they can actually provide jobs [for] a lot of Ukrainian developers,” Volodarsky said.

“You feel there’s a little more meaning in what you’re doing. I’ve seen people get really excited with every little win we’ve had.”

4. Giving is “not difficult”

Volodarsky’s decision to give ‘all profits’ to the Ukrainian military also gave his company a good dose of motivation.

“Not everyone can do something [for the war]but they know that if they can continue to contribute to the business and the business grows…they actually have influence.”

However, Volodarsky pointed out that giving up profits is less “heroic” than it seems.

“Actually, what are profits? You make income and whatever else you need to spend – salaries, ads…and then whatever’s left over, you give to the military” , did he declare.