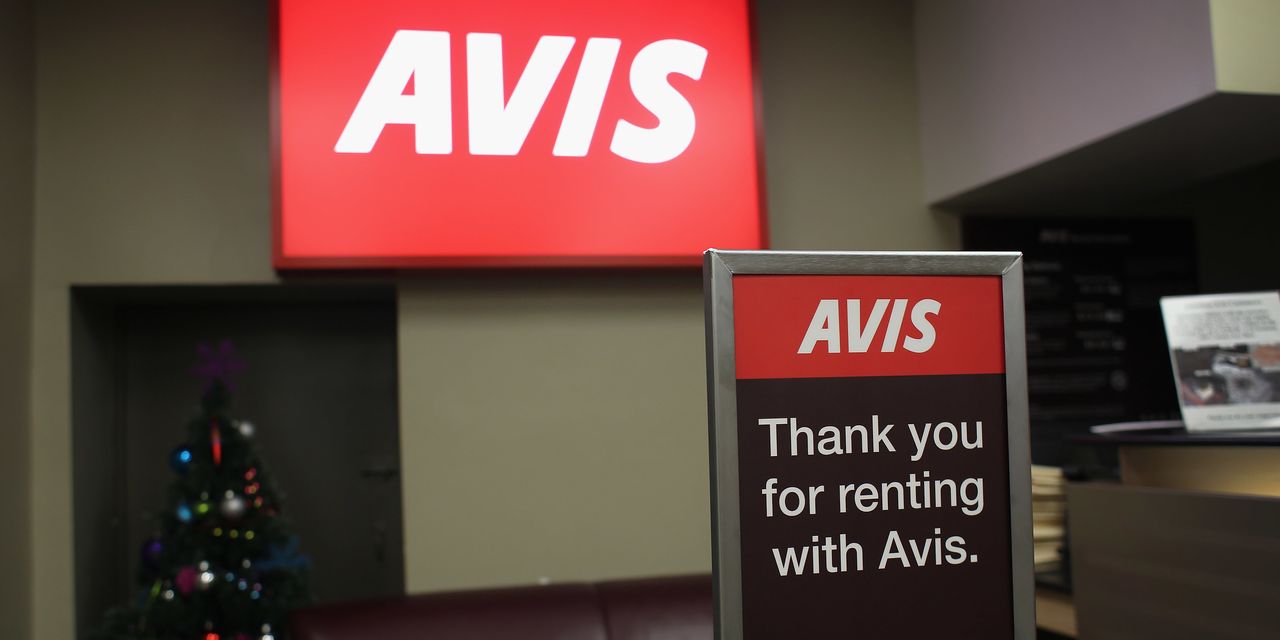 fell 11.6% in midday trading, on volume that was already nearly triple the full-day average. That put the stock on track for the biggest one-day selloff since it fell 14.8% on Nov. 9.

The stock’s reaction to the fourth quarter results stands in stark contrast to the reaction to the third quarter report, when it soared 108.3% to $357.17 on Nov. 2 to gain “meme-stock” status. . Since then, the title has lost a little more than half of its value.

Excluding one-time items, adjusted earnings per share of $7.08 beat the FactSet consensus of $6.15.

It marked the ninth straight quarter that Avis beat Wall Street projections for the bottom line and above.

Morgan Stanley analyst Bill Kovanis said while earnings are showing strength and fleet costs are lower, he thinks the bears are focused on the RPD which is below $75, which, he said was below Wall Street projections of $78.

Keep in mind that Kovanis is one of those bears, as he reiterated his underweight rating. He kept his share price target at $170, about 1.2% below current prices.

Avis Chief Executive Joseph Ferraro said on the post-earnings conference call with analysts that the fourth quarter was the first quarter in more than a year in which RPD declined sequentially. He said the omicron variant of the coronavirus that causes COVID-19 has prevented the company from experiencing a return to “normal” seasonality. Read MarketWatch’s “Coronavirus Update” column.

He thinks rates will return to normal seasonality “once we get past omicron.”

Meanwhile, Morgan Stanley’s Kovanis also expressed concern that the size of the Americas fleet was “growing” faster than investors had expected, as the number of 435,403 was well above expectations. 405,000.

“[A]vis may retain more cars than it typically does in this weaker seasonal quarter as it anticipates higher volumes in upcoming quarters,” Kovanis said in a note to clients.

Another concern is that used car prices will start to become a headwind for fleet costs going forward, with prices already falling last month.

Avis stock has fallen 37.2% in the past three months, while the Dow Jones Transportation Average DJT,