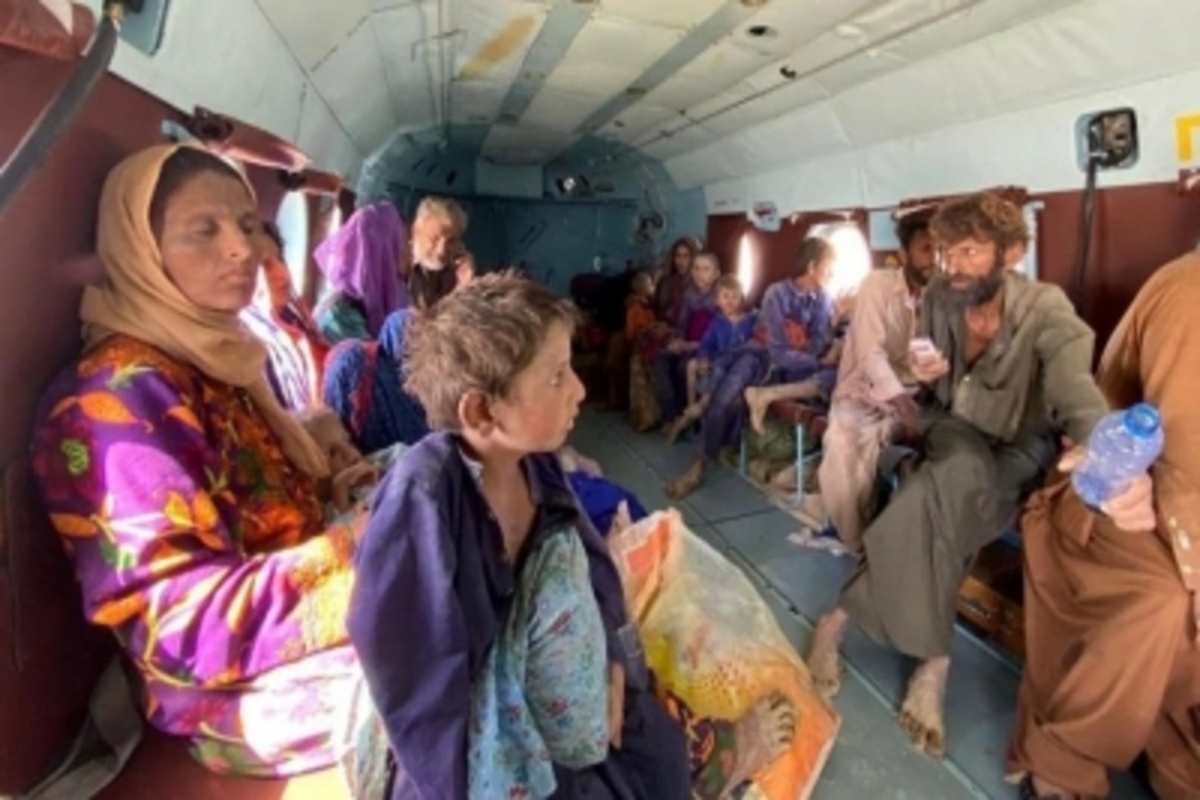 When calamities strike, it usually unites nations. This is not the case this time in Pakistan. The worst flooding in the country’s history should have prompted political rivals to set aside their partisan interests and come up with a collective response to the disaster. But it was too much to wait. Politics had returned to the status quo except days after the deadly monsoon began to cause unprecedented devastation across the country. The most egregious example of this is the letter written by KP Finance Minister Taimur Jhagra to the federal government stating that the PTIrun provincial government was unable to run a budget surplus. Sent – ​​and made public – just days before the IMF’s board is due to meet to consider a package of loans, the letter’s sole intention was to overturn the bailout. Under the agreement with the IMF, all provincial governments were required to generate a budget surplus, which they committed to do in writing.

Equally shocking was the leaked phone conversation between Jhagra and the former federal finance minister in which both acknowledged it would harm the country but continued the letter. Of course, the Fund’s program has not been derailed. Board approval on August 29 paved the way for disbursement of the first tranche needed in Pakistan to avoid the risk of default. The humanitarian crisis facing the country, in the face of an imposing economic challenge and galloping inflation, justifies a unified response. Political leaders need to come together to deal with a disaster of epic proportions. But that didn’t happen. Meanwhile, the massive displacement and destruction caused by the floods caused by the exceptional monsoon rains have spread more widely. This calamity is mainly the result of climate change, responsible for 90% of natural disasters in the country over the past two decades. But it has been exacerbated by poorly designed or illegal construction on the banks of rivers and canals.

The situation is much worse than it was in 2010, when super floods last submerged the country. Already more people have been affected – more than 33 million – and vast swaths of land, nearly a third of the country, inundated by floodwaters. Eighty districts have been declared stricken and 110 districts have been affected by the disaster. The destruction of homes and infrastructure and damage to crops were considerable. The death toll has already exceeded 1,200, including hundreds of children. Livelihoods have been destroyed. Eighteen thousand schools were washed away. Continuous flooding, severe weather, transportation disruptions and infrastructure damage hampered relief and rescue efforts. The images of desperate survivors in a sea of ​​suffering were heartbreaking. Half a million people are in camps.

The economic costs of the disaster are initially estimated at around $10 billion. This calamitous situation has hardly deterred some political leaders from suspending their policy of confrontation and ending their divisive rhetoric, at least for now. The PTI, for example, continued its public rally in Jhelum amid the chaos in the country. In his address, Imran Khan again struck a divisive note saying that his party will do everything to help and rehabilitate flood victims. Responding to criticism, he said he would continue to hold rallies during floods, heat waves and “even war”. And he continues the rallies in other cities with an increasingly combative tone. At a rally, a PTI MP called on Pakistanis abroad not to send relief funds in response to the federal government’s appeal.

The coalition government mounted its relief operations with Prime Minister Shahbaz Sharif offering to work with the opposition during a national emergency and extending an olive branch to Imran Khan. But the PTI-led provincial administrations in KP and Punjab made little effort to reach the center. Instead, the KP chief minister falsely claimed that the federal government had not helped and said that no contact had taken place between his provincial government and the center since the floods. Punjab’s Chief Minister asked Imran Khan for help, not Islamabad. Instead, Pervaiz Elahi appeared concerned about a dispute with IG police over the appointment of district police officers. A high-level meeting last week chaired by Prime Minister Sharif and attended by heads of departments took stock of the situation and drew up comprehensive relief and rehabilitation plans. He was boycotted by PTI Chief Minister in KP and Pervaiz Elahi of Punjab, although both were invited along with other CMs.

The chief secretaries of these two provinces were present but Khan ordered their political leaders to stay away. Several PML-N leaders attacked this conduct and renewed their partisan attacks against the PTI on other points. Several coalition government leaders continued to attack the PTI, further heightening tensions. Meanwhile, Khan made it clear that the funds he was raising would only go to Punjab and KP, with his telethon getting record pledges from overseas Pakistanis. This divided response from political leaders presented an unedifying spectacle at a time of national emergency. The silver lining in this bleak landscape has been the commendable response from the public and local communities. Generous support is characteristic of people with a long history of philanthropy. NGOs and private charities have all taken up the challenge and sent volunteers on the ground to areas they could access. Media coverage highlighted areas where assistance was urgently needed.

Civil society, business, media and citizens across the country organized efforts to help flood victims. Members of local communities who risked their lives to save others provided outstanding examples of courage and heroic action. So did the round-the-clock rescue and evacuation efforts by local officials – men and women – in several areas. The endurance of the afflicted also stood out as a testament to the dignity and resilience of the people. The exemplary role of the public must be accompanied by a demonstration of solidarity between political leaders and parties. But it continues to be missing. An important question raised by the calamity is whether the country’s political leaders can still demonstrate the unity and collective resolve needed in the months ahead to steer the ship of state through these stormy waters to safer shores. .

A version of this story appears in the print edition of the September 62022, number.