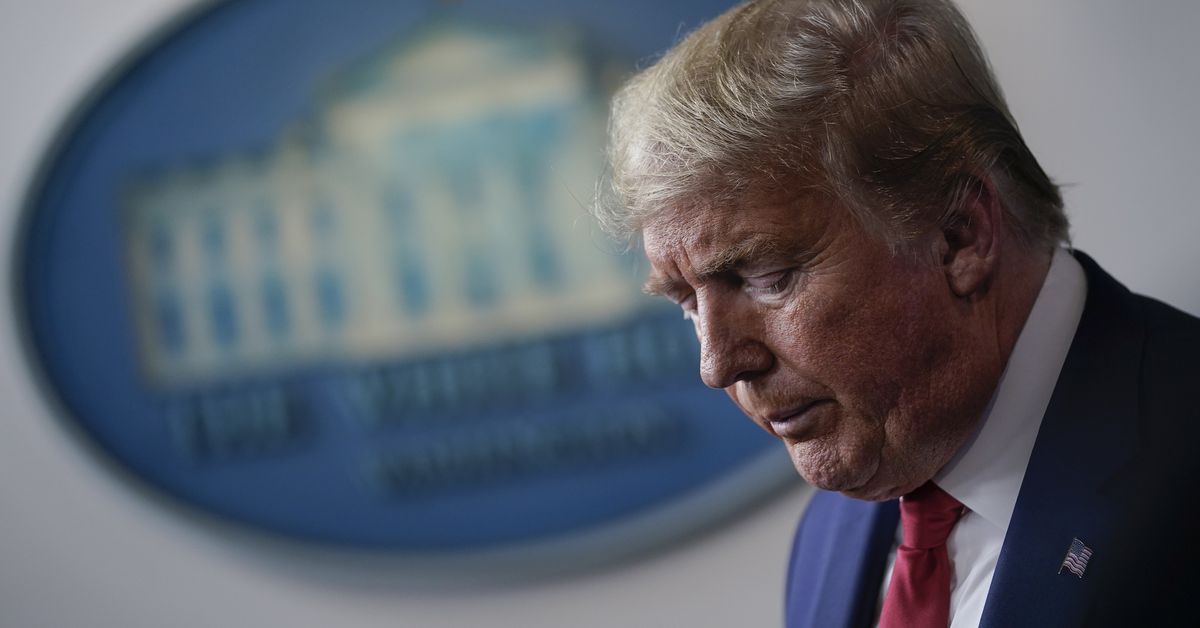 During a recent wave of cynicism, I made a prediction to friends: Before this thing is over, Trumpists will call COVID-19 God’s will. So let’s get back to work, save the stock market, and let the disease fix them. There are over 300 million people in the United States. We can surely spare a few million elders who were going to die anyway.

But you almost can’t be cynical enough. Before the day was over, the Trump boss hinted that the time might have come to kiss Grandpa: “America will be open for business again and soon – very soon,” he said. declared during the daily performance of the Mighty Coronavirus Art Players. “We cannot let the cure be worse than the problem itself.”

Interviewed on (where else?) Fox News, the Texas Lieutenant Governor suggested that grandparents should be prepared to die to protect their grandchildren’s economy.

Let their tombstones say, “They gave their all for the GDP. “

Trump is also said to be losing patience with Dr.Anthony S. Fauci, the universally respected director of the National Institute of Allergy and Infectious Diseases, who is responsible for correcting Trump’s mistakes and bad words on national television.

“A great TV star” was how Trump described Fauci before the doctor made the mistake of confessing his frustration to a Science magazine interviewer. “I can’t jump in front of the microphone and push it down,” he said of Trump’s daily blunders. “Okay, he said it. Let’s try to fix it for the next time.

Speaking of which, why do CNN and the rest keep streaming these absurd shows live? They should edit them like they do other press conferences, giving the public the expert advice they need and summarizing Trump’s weird statements where appropriate. It’s called journalism.

Either way, the next performance of the White House coronavirus troupe went without Fauci. Who knows how long it will last? Maybe Jared or Ivanka can take over at the Centers for Disease Control and Prevention.

But I fall into simple sarcasm, unsuited to the crisis we are facing.

Leave it to South Carolina Republican Senator Lindsey Graham to provide a human perspective: “Try to run an economy with major hospitals overflowing,” he said, “Doctors and nurses are forced to shut down to treat some because they can’t help everyone, and every moment of heartbreaking medical chaos is playing out in our living rooms, on TV, on social media and broadcast around the world. There is no economy that works unless we control the virus. “

As for Trump, the good news is that he has no constitutional authority to overturn mayors and governors who have closed public places in their jurisdictions. He probably doesn’t know. He has no idea how government works. In Trump’s mind, he tweets and everyone obeys.

Look, Trump didn’t cause the COVID-19 outbreak. It’s one of nature’s nasty little things like ticks, water moccasins, and the bubonic plague – a global biological disaster. Or, for that matter, like eager crowds cheering on leaders displaying all the diagnostic criteria for narcissistic personality disorder. “Moral fools” was the 19th century term.

However, Trump has proven to be particularly incompetent to do anything about it. As the contagion spread outside of China, with no impact on its purely cosmetic border closure – people could fly from Beijing to Singapore or anywhere else in Asia, then straight to the United States, unhindered and out of control – Trump wasted about six weeks assuring himself and his gullible followers that the worst public health crisis in 100 years was a fake Democratic media hoax.

Meanwhile, the underfunded public health bureaucracy dragged on: the tests had not been carried out; masks, gowns and ventilators were not manufactured and distributed to hospitals. Why hurry? Trump said everything would fall apart. I have friends who stayed in active denial until maybe 10 days ago.

It may be too late, but mentalities are changing. After Trump mocked the government for not being a shipping clerk, John Brummett quoted impeccably conservative GOP State Senate head Jim Hendren in his Arkansas Democrat column. -Gazette: “It’s a failure of the worst kind. It’s like telling the states to go get F-15s and battleships to defend themselves. It is a national crisis. All the power of the United States should be harnessed to solve this problem. There are no longer 50 individual states left to compete with. “

Yet after New York Gov. Andrew Cuomo nearly pleaded for 30,000 ventilators, FEMA sent 400. That’s 29,600 Americans who are likely to die in the absence of dramatic changes. It will be up to the exhausted and heartbroken doctors and nurses to decide which ones.

Speaking of battleships, if a sea captain ignores mariners’ warnings, sails an iceberg and sinks his ship, he is quickly relieved of command. It’s not even controversial.

No hope of that here, of course. Trump is surrounded by vassals and minions. But it’s worth keeping in mind all the same.