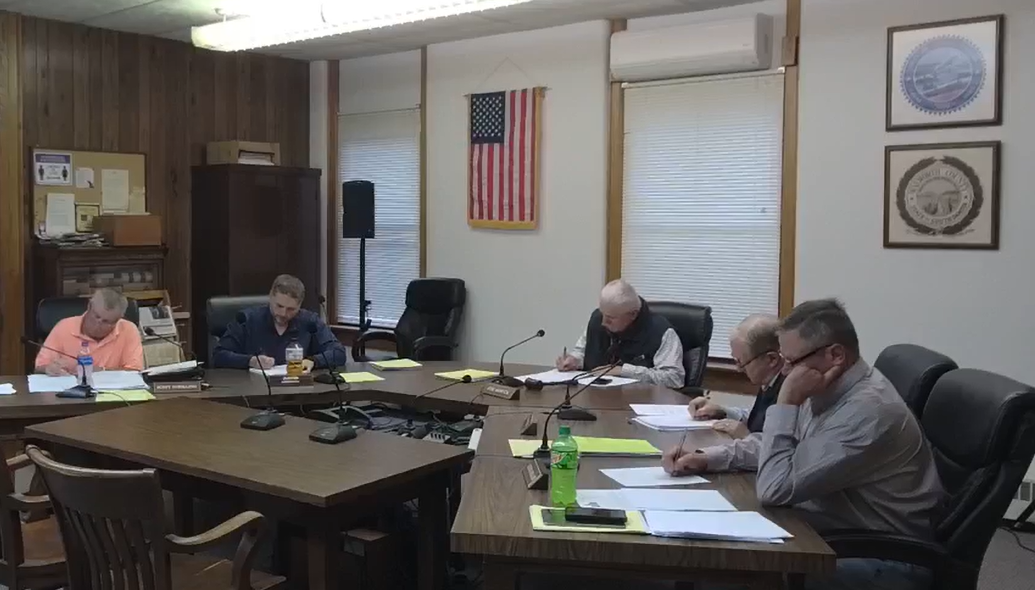 A Java resident expressed concern about the 55mph speed limit behind her house on Highway 271. She said a friend’s dog had recently been hit by a vehicle and she wanted to know what what could be done to reduce the speed limit on this section of the highway. Commissioner Scott Schilling gave her a number to call and asked her to let them know what she discovered.

The commission passed a motion to accept a neutral fair and final release of all claims on the Akaska culvert issue. Commissioner Schilling wanted the public to know that he was unhappy with the outcome and would have liked the county to receive more.

On the recommendation of Highways Superintendent Gary Byre, the commission filed a temporary easement with Matt Arbach for gravel access regarding a barbed wire fence around a stockpile. Byre would like further investigation by the state’s attorney.

They also approved emergency manager Jeff Jensen’s travel requests to attend mitigation training in Pierre and a homeland security drill and assessment program in Watertown – both are required for the position. emergency manager.

All five fire departments and the sheriff’s office were represented at a recent large-scale drill. Jensen said several of the attendees said they needed to do more of this type of training.

Jensen also spoke with the commissioners about some thoughts on the Homeland Security grant, Site 54, radio programming with the new software, and Lake Hiddenwood.

The commissioners approved the modified surplus list for the sheriff’s department.

Commissioner Schilling will attempt to arrange a meeting with Brown County to discuss how Walworth County might fit into their regional jail plans.

Pete Weinzirl’s appointment as Veterans Services Officer has been approved.