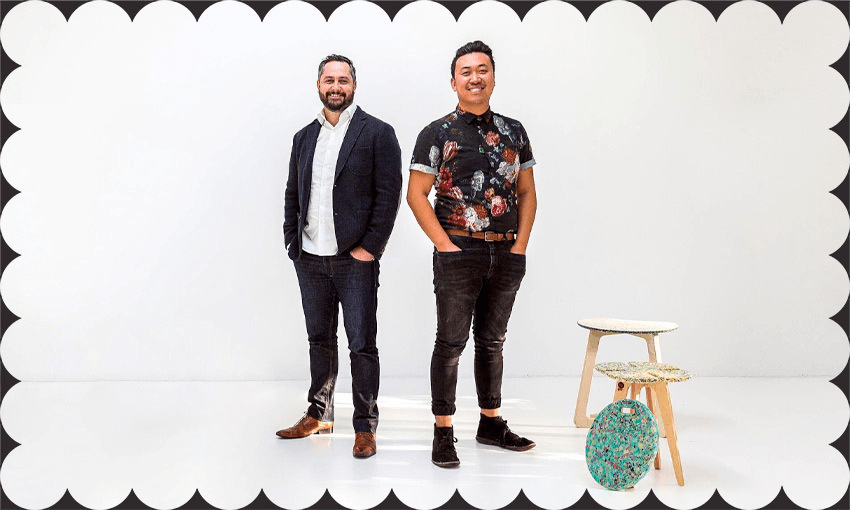 A recycling startup still growing despite a tornado and a pandemic

A company that was brought to its knees by a tornado is back on its feet, promising to transform the plastic recycling industry – as long as it can find the right investors.

When I last visited Rui Peng at his Papatoetoe factory in June 2021, large puddles of water pooled on the floor and a cool wind whipped around the large jagged opening of the roof.

Peng’s office had a number of powerful fans working to dry the carpet, and the man himself looked somewhat shocked, following the devastation left by a tornado that had wreaked havoc in the suburbs days earlier. .

Seven months later, Peng and his business partner Adam Ransfield of recycling technology company Critical are in a much more optimistic mood, having been named one of 15 companies to be part of a program of lucrative australasian accelerator called Starting partner.

Along with comprehensive mentorship and the opportunity to pitch their business ideas to an array of high-end investors and venture capitalists, the duo received $120,000 in seed funding to prepare for the investment.

Peng says it’s hard to believe they were chosen for the program less than a month after going through a lockdown and completing repairs to their tornado-ravaged facility.

And if their participation in the program is successful, Ransfield and Peng say their company could transform the way plastic waste is handled in this country.

“Our goal is, in the next three to six months, to have a production capacity capable of processing 165 tonnes of all types of plastic waste and by the end of the year this could reach 300 tonnes,” said said Peng. a plan that will require at least $1.5 million to execute.

Critical’s unique recycling technology allows it to take any used plastic product, even if it has been contaminated, and recycle that waste into beautifully crafted furniture, from large interior wall panels to usable building materials. in retail or hospitality settings.

Critical is already contracted to collect some waste from Auckland council’s recycling centers as well as soft plastics collection bins outside Countdown supermarkets. But as the company expands capacity, Ransfield says not only will it keep single-use plastic packaging and bottles out of landfills, but it will process more commercial waste which accounts for 83% of plastic waste.

“In Aotearoa, there are 24 different types of plastic waste and the current infrastructure can only accommodate about three, while we are capable of handling all 24 types,” he says.

“With the right business partners, we will capture all types of waste streams that are not recyclable within the current infrastructure to create our products and deliver them at a scalable national level.”

The next step is to convince a group of investors to join us. Peng says the 12-week Startmate program, which ends in April, will be crucial to achieving this goal.

“We are aiming to raise $1.5 million by the end of it, but the accelerator program greatly increases our chances of doing that because they can help us by tapping into their network of over 1,000 alumni companies. , as well as a range of other corporate partners.”

On the verge of becoming a big player in the recycling market, Ransfield admits he thought “it was over” when the tornado hit. But Peng, whose parents came to New Zealand in search of a better life after living in relative poverty in China, says he saw how his parents struggled for many years to settle here, was a source of inspiration to meet their own challenges.

“When the storm hit, I think we had invested close to $250,000 that we had raised over the years through grants and government funding,” he says. “So it was pretty emotionally devastating. But after seeing what my parents and family went through as new immigrants, I just had this attitude that I’m not going to take no for an answer and I’m just going to Carry on.

And go on, they did.

The couple are fathers of three young children each and have busy day jobs, and they both agree that their success would not be possible without the support of their family.

“You just throw everything in the air and catch whatever falls first. And it’s about having very understanding spouses,” Ransfield says.

“In a way, the long lockdown made it easier because we didn’t have to rush, and if my wife needed help with the kids, I was only 10 seconds away.”

So the next time you dump your soft plastics in a trash can at your local countdown, remember there are a few guys trying to find a way to keep this out of our domed landfills.

“Our core values ​​aren’t all about profit,” says Ransfield. “Instead, we’ve broken this down by focusing on helping people, the planet and ensuring a profit. So our goal is to get the type of investor who wants to make an impact and have that alignment there for us.

Hoping they can do it.