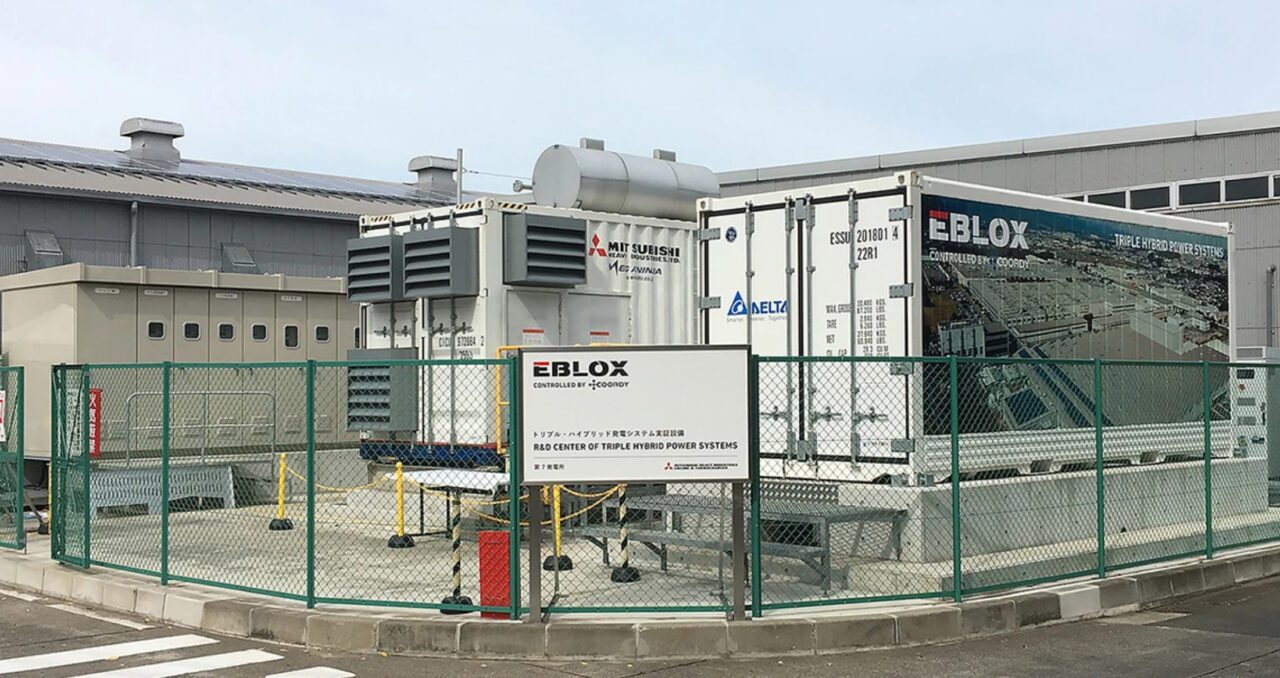 Construction of a power plant in Turkey that will demonstrate a self-contained “triple hybrid” system comprising renewable energy sources, a reciprocating engine generator and a battery has been completed.

The project stems from a 2019 memorandum of understanding to promote EBLOX as a distributed power source for markets where infrastructure is lagging behind, such as in rural Africa. “MHIET developed EBLOX as a solution to this problem, and Calik Enerji showed keen interest in the technology, offered assistance to develop EBLOX and disseminate tailor-made solutions in Turkey, its neighboring countries and African countries,” said said the partners.

According to MHIET, the first EBLOX prototype was built at Sagamihara Machinery Works in Japan in 2018. The name “EBLOX” was coined to represent the hybrid concept “between energy (E) and building blocks (BLOX),” the company said. “The name was chosen in the hope that with EBLOX, multiple combinations of various energy sources such as motor generators, renewables and energy storage batteries can be realized as if manipulating building blocks of power sources to better adapt to the situation and ultimately provide the optimal power solution for each customer,” he said.

EBLOX components are coordinated by Coordy controls. “The system coordinates the different parts of Eblox to determine when and for how long each of the three generator functions is used,” explained MHIET engineer Eiji Takahashi. “It performs two main functions. First, it stabilizes solar power generation. The excess energy collected is used to recharge the battery system. This way, the battery can supply power when clouds or bad weather prevent the panels from capturing the sun’s rays, which would otherwise lead to a supply disruption,” he said.

Coordy’s second function is to ensure that each of the three elements is optimized according to demand, he noted. “Smart control prioritizes solar generation, then switches to battery storage and finally uses the motor to provide power for long periods when cleaner power is not available.”

The hybrid solution is designed to ensure reliability, the partners noted. “Renewable energy can be highly unstable due to environmental changes and other factors, making it unreliable to power micro-grids or mini-grids,” they said. The stand-alone distributed power system could also be commercialized to build resilience for high-power consumers. “We plan to use the demonstration to collect data for further improvements and to show the capability of EBLOX to potential customers, partners and government authorities involved in building microgrids in Africa and neighboring countries. Turkey,” the partners said.